Here are 10 science-backed ways to win the battle of dinner and even drop a few pounds:

It will save you oodles of time and probably oodles of calories since you won’t have as much opportunity to snack during that “eat everything in sight” period leading up to dinner. Pre-cut vegetables are just as nutritious and full of appetite-controlling fiber as fresh veggies, say nutrition experts at the Cleveland Clinic. But avoid those with a white caste. That means they’ve lost some moisture and with it some nutrients, the experts say.

2. Drink two cups of water before you eat.

H2O may be one of the cheapest, easiest weight loss diet aids you’ve ever seen. A study by Virginia Tech researchers found that people who had two cups of water before a meal consumed 75 to 90 fewer calories during the meal and, over a 12-week period, lost about five pounds. A second study, this one carried out in Birmingham, England and published in the journal Obesity, confirmed that drinking two cups of water about 30 minutes before a meal curbed appetite and led to an almost three-pound weight loss over 12 weeks in the study group.

As long as it’s low-cal soup. Studies by Penn State University nutrition expert Barbara Rolls, author of Volumetrics, found that people who made their first course a soup ate 20 percent fewer calories during the meal than those who didn’t have soup. Try one of our delicious soup recipes before you dive into your Nutrisystem dinner, and enjoy staying satisfied long after!

4. Have a salad before or with your meal.

Penn State’s Barbara Rolls and her colleagues, in 2012 research published in the journal, Appetite, found that having salad before or during the main course (in this study, pasta) cut the amount of the entrée the participants ate by about 11 percent. But it also increased veggie intake by almost a quarter—a bonus for your health. Try one of our delicious and healthy salad recipes. Just click here to see them >

5. Dish up entrees in the kitchen.

Eating family style—with bowls of food on the table—is just an invitation to have seconds. Studies from the Cornell University Food and Brand Lab found that just by serving food from the kitchen counter helped men eat 29 percent less and women 10 percent less at a meal—even when the counter was only a few feet away. Researchers refer to this successful quick weight loss technique as “dish here, dine there.”

For more ways to turn your kitchen into a fat burning machine, click here >

6. Leave the dinner plates in the cupboard.

Yes, it’s dinner, but science has shown that the bigger the plate, the bigger the portion. Just last year, a study in the Journal of the Association for Consumer Research looked at all the studies on plate size they could find. It turns out that eating on a plate half the size of the average dinner plate led to a 30 percent reduction in the amount of food you serve and eat.

Avoid those high-calorie impulses and order your dinner before you’re even hungry. Research from the University of Pennsylvania and Carnegie Mellon University found that people who placed their orders for a takeout meal at least an hour before they planned to eat were more likely to make lower calorie choices. In fact, they reported in 2016 in the Journal of Marketing Research, for every 108-minute delay, the calorie count of the food order dropped by 38 calories.

8. Send the bread basket back.

Many restaurants hustle a basket of warm rolls to your table as soon as you take your seat. It seems counter-intuitive. Won’t the bread fill you up and make you order less? Nope. In fact, it works the opposite way. Researchers at Weill-Cornell Medical college served a group of people a small ciabatta roll before a meal of grilled chicken, steamed veggies and a salad with vinaigrette. Turns out, eating a carb like bread on an empty stomach turns it into sugar before you can even say, “pass me the butter.” In the study subjects, blood sugar was 30 percent higher when they ate a roll before the meal than when they ate if after, when other food slowed digestion and kept blood sugar from spiking. Blood sugar spikes can whip your appetite into a frenzy—never a good thing when you’re trying to lose weight fast.

Click here for the Worst Fat Traps When Dining Out >

9. Take a walk after dinner.

Not only will a stroll help you burn calories, a recent study from researchers at the George Washington University School of Public Health and Health Services found that post-meal walk of moderate intensity—for just 15 minutes!—can help keep your blood sugar down. That can help curb the late-night munchies, but more important, may help you control or avoid type 2 diabetes. But this Rx isn’t just what’s for dinner. In the study, participants put in 15 minutes after every meal to get these great results. The best part: If time is an issue for you—and who isn’t busy?—the three 15-minute walks worked better than a sustained 45 minute walk in keeping blood sugar in check.

Click here for 10 Reasons to Go for a Walk Today >

If you grew up in the era of “TV tables” that made simultaneous eating and viewing so much easier, you are probably at higher risk of obesity. Conversely, turning off the tube during meals increases your chances of maintaining a healthy weight—by almost 40 percent, says a study by researchers at Ohio State College of Public Health. Their findings were based on a telephone survey of almost 13,000 Ohio residents who answered questions about their family eating habits.

Looking for some easy and delicious dinner foods for weight loss? Check out our customers’ 15 favorite Nutrisystem dinners of all time here > 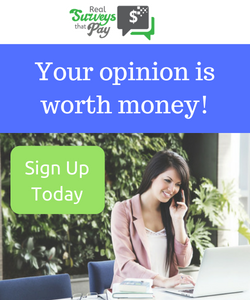